New
#1
Over the last few weeks I've been trying out a new (for me) filter/model/pattern-overlay of the organizational forms: hierarchy and its antithesis, networking/crowd-sourcing. I've been thinking about the strengths and weaknesses of each and how these two organizational forms show up in nature and political systems. I think that a meditation on this hierarchy/networking or male/female organizational dialectic might offer insights into a wide variety of topics including the nature of conscioussness, psychology, parapsychology, god(s), and of course political science.

One thought that just occurred to me is that the exercise of meditation could be thought of as shifting of the mode of consciousness from hierarchical to crowd-sourced. What we call "normal" waking consciousness is predominantly hierarchical - there's a series of needs, desires, inputs, and commands all filtered up to a singular "I" - a dictatorial ego - a mini-me homunculus in the head. As is so common with hierarchical political systems, a great deal of input from the crowd never makes its way to the tyrannical head. The internet has changed that somewhat in that input from any individual might go viral making its way in to the consciousness at large.

Perhaps this is a good analogy for meditation? When one meditates, it is like the king holding court with the common folk to hear their voices, and some of them have some surprisingly good insights. The hierarchical organizational mode of consciousness temporarily yields to crowd-sourcing mode so that every single little cell and neuron has an opportunity to find its voice. When one meditates, one often becomes conscious of things that had previously been ignored: bodily aches and pains, subdued desires or self-deceptions, and possibly even intuitions about a wide variety of things. Thus meditation is a good way for one to become a more self-aware, fully integrated, and a mentally healthier individual.

Now some people have warned about dangers of meditation, and it is true that for some people, meditation can have negative consequences. Perhaps this is because these people have weaker or less effective hierarchical modes of consciousness such that they have trouble re-establishing control. This is analogous to a revolution where the people finally get heard, but in the process the brittle hierarchical structure is shattered and heads roll, leading to chaos. So perhaps meditation (crowd-sourcing mode of consciousness) is maximally beneficial and least dangerous to an individual who already has a lot of self-discipline (strong hierarchical mode of consciousness).

The crowd-sourcing / networking / bottom-up mode of organization is in some cases superior to the top-down hierarchical mode of organization. Both forms of organization are found in nature and both, I think, are necessary. Over time both will find a way to balance each other out in each system where they occur: ant colony, food chain, individuated consciousness, marriage, or political science. But as is the case with political hierarchy, it tends to become tyrannical, corrupt, and brittle over time as the singularly-minded top wears out the distributed lower layers with its overbearing demands. Meditation is like bringing the power of the internet and Bill of Rights to one's own consciousness. Just as a non-tyrannical government that doesn't over-tax and listens to the people creates a stronger civilization, a person who meditates will provide the body rest and get in touch with the various parts of the self that are suppressed.

How can this pattern overlay give insights into "God." As Alex says again and again, the notion of spiritual hierarchy or gradations in life and afterlife experiences or gradations in good and evil means there must be a top to the hierarchy... a.k.a.: God. In monotheistic religions, God is the top of the hierarchical pyramid and since hierarchy is the masculine form of organization, this God is male. Christianity was essentially a shift towards the opposite organizational form in attempt to balance it out. No longer did people need to go through hierarchical channels of a priesthood to reach God, but they could go to God directly. "The kingdom of heaven is within you." "The first shall be last and the last shall be first." From the small comes something great. "The kingdom of heaven is like a mustard seed, though it is the smallest of garden seeds it grows into a large tree and the birds of the air come and perch in its branches." The Holy Spirit is the divine feminine. It is the "still small voice" that comes from inside the individual. It is the distributed crowd-sourced form of God and when an individual sets aside his own ego in deep prayer or meditation, he gives platform to this voice leading to fresh insights.

It seems to me that the greatest power in all systems of existence (personal consciousness, spiritual realms, and political governance) results from a balanced uniting of male and female forms - the singular hierarchical, and the distributed individuated. There is an asymmetry in the ideal balance point for optimum structure. Hierarchy will always be slightly greater in power than its antithesis and thus it requires voluntary benevolence to maintain the optimum balance, but a deviation too far in either direction without the balance of the opposite leads to breakdown in structure.
Last edited: Oct 26, 2016
S

#2
Hurmanetar said:
How can this pattern overlay give insights into "God." As Alex says again and again, the notion of spiritual hierarchy or gradations in life and afterlife experiences or gradations in good and evil means there must be a top to the hierarchy... a.k.a.: God.
Click to expand...
Could you elaborate - I didn't follow how we got to God from discussion of heirarchy?

(Interesting stuff by the way)

New
#3
Sciborg_S_Patel said:
Could you elaborate - I didn't follow how we got to God from discussion of heirarchy?

(Interesting stuff by the way)
Click to expand...
Thanks

The concept of God is essentially a spiritual metaphysical hierarchy. It is the human conception of idealized kingly rule projected onto the universal scale. In the post-enlightenment post-modern era it has become fashionable to add "just" in there: "just the human conception...". But as soon as you introduce degrees (angles... angels? and higher ranking archangels... arc-angles?) of power, authority, and law, you have introduced hierarchy. Some reports of NDEs, OBEs, and spirit contact talk about beings that are more or less powerful or more or less dangerous. Others report higher and lower planes of existence or vibration levels. This multi-dimensional spectrum of graduations is the language of hierarchy. Even if the spirit world is as described by Gordon White - more like an ecosystem than a kingdom - where "a shark is gonna shark" that still implies hierarchy because the earthly food chain is a hierarchy of energy flow from the sun to the small and plentiful up to the large and few.

New
#4
Hurmanetar said:
Just as a non-tyrannical government that doesn't over-tax and listens to the people creates a stronger civilization
Click to expand...
Examples?

New
#6
Far.From.Here said:
Can you expand on this a bit. How does this model apply to strength of will?
Click to expand...
How can this pattern overlay of hierarchy/networking organizational dialectic help explain things like multiple personality or lapses of integrity or strength of will or creativity?
Click to expand...
In making a tough decision, one has to weigh competing values, narratives, consequences, logical arguments, emotions, etc. The way an individual mind handles internal conflict and resolves into decision and action depends on how it is structured. Just as a king might have to choose whether to listen to his financial advisers or his military advisers or a man off the street, the mind has to sort through various inputs and decide whether to go with logic, or the gut/heart intuition, or the emotions. The mind could be thought of as consciousness elements composing larger consciousness systems that filter the pattern making and decision making process up from the many volitionally weaker elements up to the fewer and volitionally stronger elements. An overall stronger mental structure developed through discipline might be more stable, but also might be more brittle (short temper when expectations don't meet reality) or tyrannical (i.e. an athlete who abuses the rest of his body to satisfy some other demand within the mind). Weaker mental structure might be more unstable or prone to self-destruction (i.e. free-spirit who doesn't get upset over much, but also can't make up his mind or stick with anything to its conclusion). As with any structural engineering, ultimate strength has to be balanced and tempered with softness and resilience to absorb sudden impact changes without cracking. Developing a strong mind that is able to exert a strong will and is also able to persist with its identity and characteristics in tact (in the body or out of the body?) might be a lot like designing a physical structure or an effective government.

Far.From.Here said:
Examples?
Click to expand...
I'm afraid to give any because I'm afraid we might get bogged down in nuances or diversions over history. I'll just say its been my understanding based on American history, enlightenment history, and the middle ages, and maybe fantasies of Camelot that good governments do not overburden their citizens with excessive burdens or taxes and this frees people up to advance themselves individually and their civilization as a whole. Governments that oppress their people and overtax or overburden generally don't allow citizens enough time and energy to advance themselves materially or intellectually. Maybe North Korea would be a negative example. 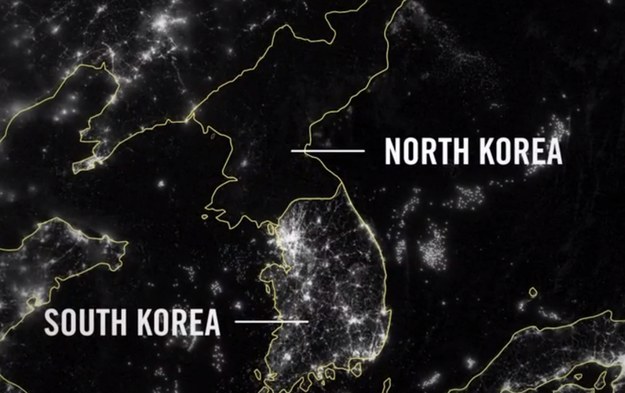 New
#7
Not interested in talking about politics. Just wondered if you had heard of some actual Shangri-La that I hadn't.

Have you ever been successful in changing the power of your will in a significant way?

New
#8
Far.From.Here said:
Have you ever been successful in changing the power of your will in a significant way?
Click to expand...
It's hard to compare my current mental state with the me from years ago, but I think my will power has increased, and I can think of a few things that can contribute to that. Discipline from an outside authority can help create self-discipline. Any activity that requires self-discipline (fasting, meditating, praying, athletics, being a debt slave with bills to pay and a job to keep) can increase will power. Mentally and physically stretching activities... boot camp, climbing a mountain... that bring you to your limits of what you thought you could do and then push you further help eliminate self-doubt. I think learning and expanding knowledge helps. Learning about your self and strengths and weaknesses (marriage might be useful here). And then if there's a particular skill or habit you're going for, visualization and practice helps.

All these stressful growth things have to come in short bursts while the majority of the time is spent in a relaxed state of mind... otherwise people can get wound up so tight the mind becomes brittle.
You must log in or register to reply here.
Share: Facebook Twitter Reddit Pinterest Tumblr WhatsApp Email Link
Top