Member
#1
http://www.grahamhancock.com/forum/BlackJ3.php
There is a big question at the heart of my book The Sacred History

Is imagination one of the senses?

Because we live in an age when the ruling philosophy is materialism, we tend to associate imagination with fantasy and even delusion. According to the materialism taught by today’s intellectual elite, mind and consciousness only emerged very late in the history of the cosmos – 600 million years ago – as the result of a chance fizzing together of certain chemicals.

A much more elevated concept of imagination naturally arises if you believe that mind and consciousness came before matter – essentially the religious or spiritual view.

For example, religious and spiritual people, because they believe in a great cosmic mind and other forms of disembodied intelligence which human beings may interact with, tend to take visions very seriously. They believe that in visions the imagination perceives something real, something sometimes understood as belonging to a higher level of reality than the surrounding material world. Of course they don’t believe that everything the imagination presents to us is real. We may be mistaken – just as we may be mistaken in our perceiving via the other five senses.

The question of how we can know if what our imagination is showing us is real or delusion, and how we can cultivate true or what is sometimes called veridical imagination has always been a focus for esoteric thinkers. In fact esoteric philosophy taken altogether – and including the esoteric dimensions of Hinduism and Buddhism, the Kabbalah, Rosicrucianism and the arcane stream in Freemasonry – represent the most concentrated and systematic body of intelligent thinking on this question in the whole history of human thought. Different cultures naturally have different languages and forge different symbols but they share the same concern.

Esoteric Islam talks about what the French philosopher Henry Corbin called the mundus imaginalis. This is a world – an alternative universe – that people may enter via the portal of the imagination. People may enter at different times and in different places, but they all go to what is recognizably the same place, meet the same beings and maybe each other. As I show in The Sacred History the idea of the mundus imaginalis informs and vivifies not only the tales of the Arabian Nights but also, for example, Coleridge, de Quincy and French Surrealists. Graham Hancock’s fiction is an important contemporary example. In the first two volumes of his very powerful War God trilogy he shows how beings from this other world interact with human beings and change the course of history in quite radical ways.

In all my writing I try not to be tempted to put too much emphasis on the dark side. I understand, indeed I feel its fascination, but I am aware of the danger of dwelling on it too much. If we do that we give encouragement to the forces of evil, we risk letting its legions in, and they may not only overrun the mundus imaginalis but come raging through into our everyday material world too.

So I let myself be persuaded by my editors to omit the following story from the published version of The Sacred History. But I worry I was wrong. I like the story because it is contemporary and hard-edged, and because it shows in a direct way that imagination is one of the senses, that we can perceive true, real things by it that we cannot perceive using the other five senses. It is a real case study of a murder in Santa Cruz County finally solved in 1988. The study was made by an American neuropsychologist, called Rhwan Joseph, who drew from court records, including an interview with a key witness by the District Attorney and interviews he conducted himself. There is something of Twin Peaks about it and something too of True Detective. Discovering this work, I also discovered Rhwan Joseph, an extremely interesting writer who believes, as so many of us do, that we are not being told truth about the reasons why the world is as it is… 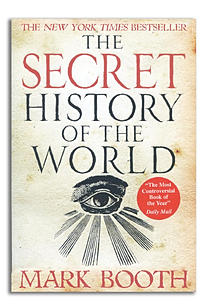 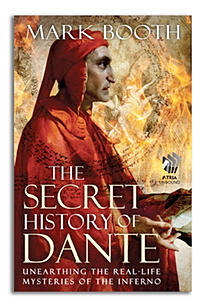 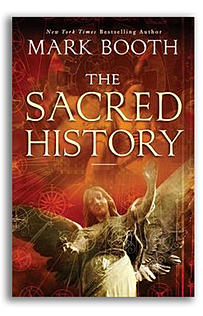