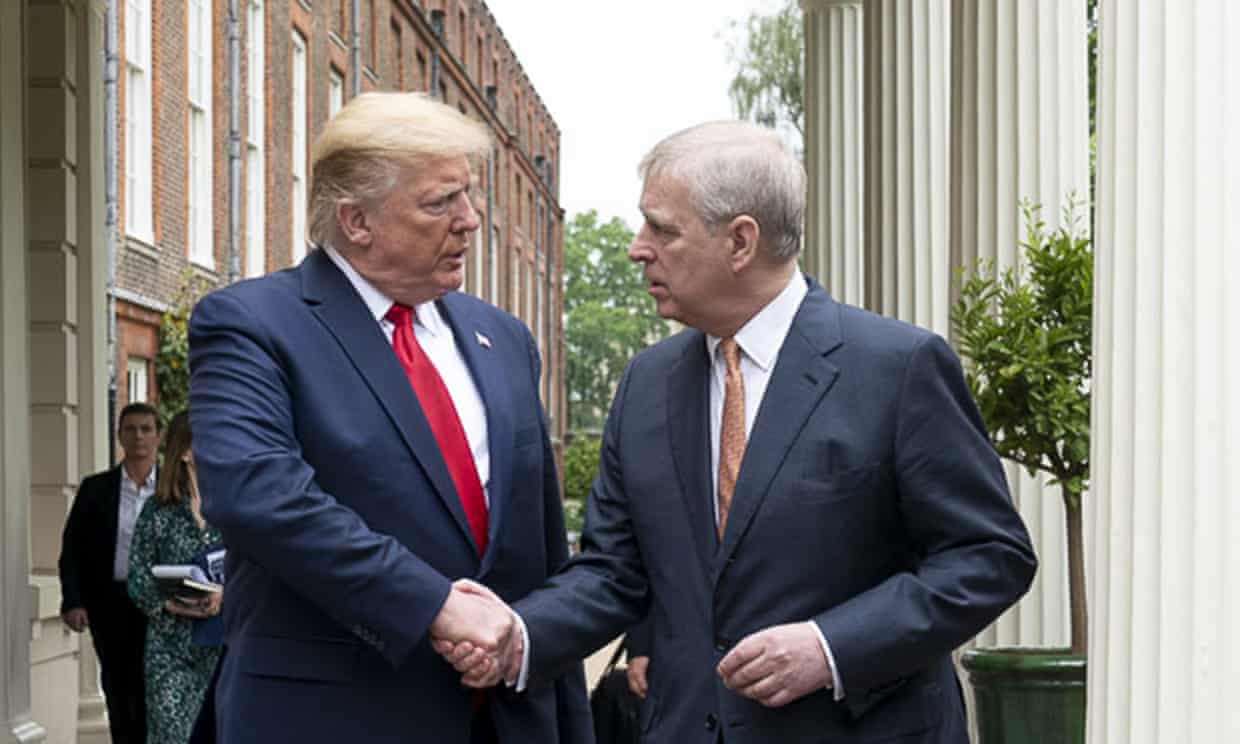 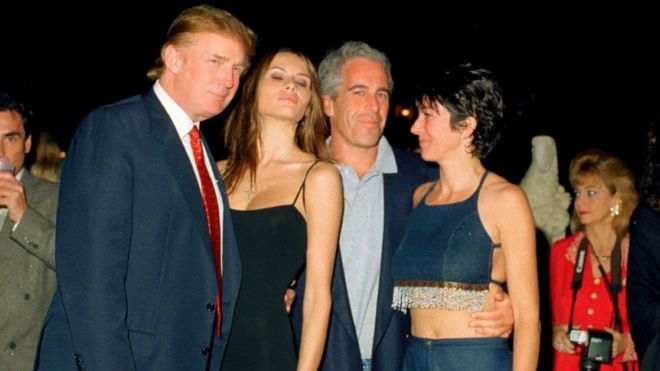 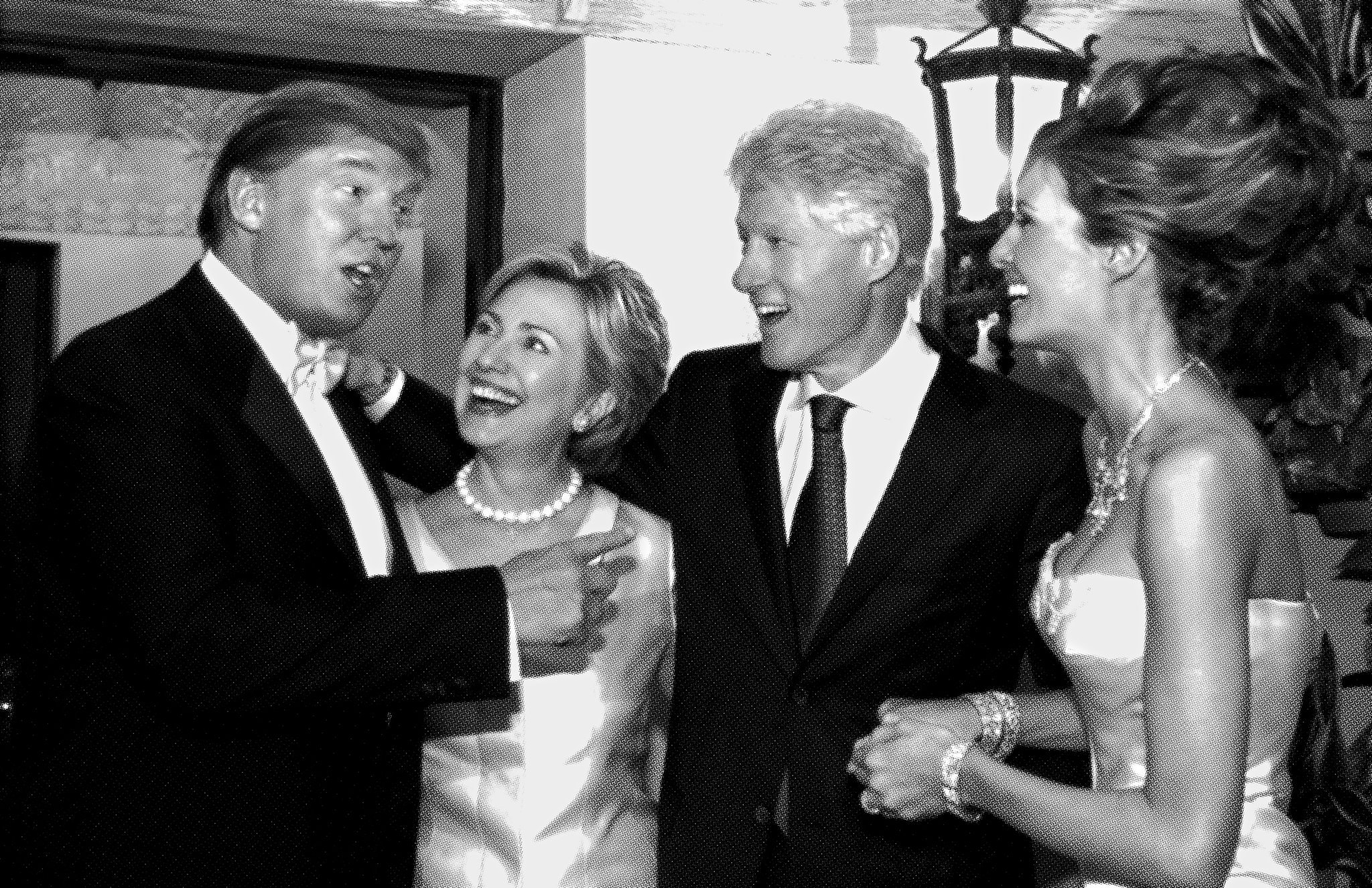 Click to expand...
What point are you making, exactly? What I see is a snapshot taken at a time when Trump was liked by Dems. They only fell out with him when he had the timerity to actually run for president, and, horror of horrors, beat Hillary. What do you see?
N

Member
#1,204
Michael Larkin said:
What point are you making, exactly? What I see is a snapshot taken at a time when Trump was liked by Dems. They only fell out with him when he had the timerity to actually run for president, and, horror of horrors, beat Hillary. What do you see?
Click to expand...
Trump has many nice friends. Sometimes he doesn't remember them. Sometimes they get locked up. Sometimes he says he going to have them locked up.

Member
#1,205
north said:
Trump has many nice friends. Sometimes he doesn't remember them. Sometimes they get locked up. Sometimes he says he going to have them locked up.
Click to expand...
Hilarious. DRAIN THE SWAMP!!

New
#1,209
Trump's defense team is being praised even by the liberal media for providing a fact based defense:

Here is a re-cap:


https://twitter.com/i/web/status/1221255245117952000
Ukraine did not know the aid was delayed - how could Trump have tried to influence them by withholding aid if they hadn't been told and didn't know the aid was delayed? And the anti-tank missiles were not delayed (I assume because they could not be deposited in a corruptocrat's bank account) It's hard to understand why some people think Trump is a Russian puppet when he sent military aid to Ukraine that Obama refused to send).

These facts were know by the Democrats in the house. The information came from their own witnesses. But it was hidden from Republicans.

The other charge, obstruction of congress, is bogus because every past president has exercised the same right to executive privilege that the Democrats are objecting to Trump exercising. Asking the Supreme court to uphold his rights is a constitutionally valid response.

This fake impeachment is taking place under to auspices of the highest members of the Democrat party. It isn't a few rogue individualists. I find it hard to understand why anyone would want to be a member or support a party that stands for false accusations, false prosecutions, in an attempt to overturn a valid election. What do they think will happen to this country if that party gets back control? When you have a country ruled by the will of the leaders rather than the rule of law, you can never tell who will be persecuted - it is the way tyrants eventually turn on their own supporters.

To say Trump or Republicans are worse doesn't hold up because Trump is not acting like a dictator, the Democrats are. Trump didn't fire Mueller. The Democrats could not find one real crime to impeach Trump for.

I understand that some people have policy differences with Republicans. But willingly voting in a gang who would use false accusations to gain power is not going to make the world a better place. I wrote on this forum that one of the reasons I voted for Trump in 2016 is that I thought the Democrats had corrupted the government and another four years under Clinton would give them such a strangle hold over the country that it would take a revolution to dislodge them. This impeachment (Ukraine hoax) coming after the Russia Collusion Hoax and Spy Gate abuse of FISA surveillance has proven my point.
Last edited: Jan 26, 2020

New
#1,214
Jim_Smith said:
Trump is not acting like a dictator, the Democrats are.
Click to expand...
Adam Schiff threatened Republican senators: "Your Head Might End Up on a Pike"

Schiff is not a rebel Democrat gone rogue, he was selected by the Speaker of the House, Nancy Pelosi to present the Democrats' case against Trump.

Apparently in the Democrat party, threats of violence are acceptable means of influencing a jury to decide upon the guilt or innocence of the accused.
Last edited: Jan 26, 2020

New
#1,218
This seems like a reasonable theory: the Democrats are pushing impeachment because voting to acquit Trump will hurt the Republican Senate candidate in certain US states and that could give the Democrats a chance at winning a Majority in the Senate in the 2020 election.

New
#1,219
Harvad Law Professor Alan Dershowitz gives a scholarly explanation of why the charges against Trump are not impeachable under the US constitution: