Gary Lachman, Demolition of the Rational |518|

Gary Lachman is an author with a lot to say about culture, the occult and the dissolution of the rational. 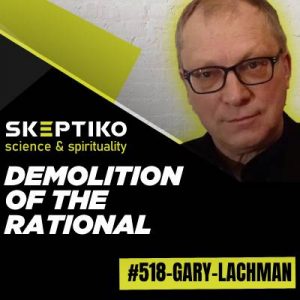 New
#2
What actual evidence do we have that the system is actually breaking down?

I personally would like to believe this, i hear a lot people repeat this mantra. I know there is a lot people interested in the ideas of the extended realm but does this constitute that traditional thought (only physical is real) is giving way.
Do we have anything actual solid that we point to? Can
I say since there are new ideas gaining strength the old ideas ideas most be waining?

New
#3
I think there is a huge issue with people always attributing malice and diabolical scheming when it's often much messier than that.
People have selfish reasons for doing things, and often their selfishness overlaps, but the idea that the same people that folks think are too incompetent to run a government are somehow able to run the world is laughable.
Does this mean there aren't conspiracies? Yes, but they tend to be much more drunken idiots who can't see tomorrow in front of their face, than long term plans. At least in THIS country.
China? China's a whole other question. Those are folks that think in generations
J
You must log in or register to reply here.
Share: Facebook Twitter Reddit Pinterest Tumblr WhatsApp Email Link
Top